"Using their classical, world and folk influences and a lot of jazz, these improvising string players created one of the most exciting and celebrated concerts of this year’s InJazz." Jazzed

“..you can immediately hear the loosely swaying hips resounding in their playing.”

The North Sea String Quartet is one of the most versatile string quartets of the Netherlands. Their blend of world music, combining their own compositions with improvisation, could be defined as folk-fusion. These are strings that will make you move.

You can call it chamber jazz, but the members of the North Sea String Quartet will be the last ones to try and limit their work by mere stylistic descriptions. As improvising string players active in the Dutch and international music scene, they are influenced by classical, world  and folk music. Four creative minds combining their full potential and diverse musical backgrounds, creating a unique sound, and having a lot of fun in doing so.

The quartet consists of violinists Pablo Rodriguez and George Dumitriu, violist Yanna Pelser and cellist Thomas van Geelen. Apart from their classical background, they share a passion for folk music from South America, Europe and Africa, as well as jazz and improvisation. With the use of innovative playing techniques, they manage to translate these musical worlds to the string quartet. They performed at major festivals and venues in and outside the Netherlands, such as the Concertgebouw, the Bimhuis, de Doelen, Wonderfeel, and Canarias Jazz & Más. 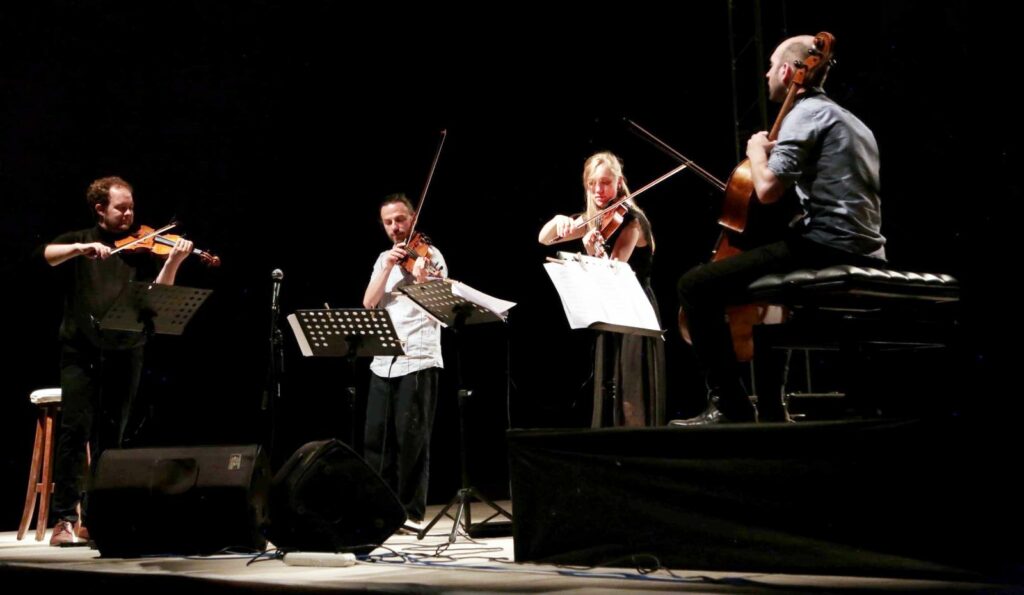 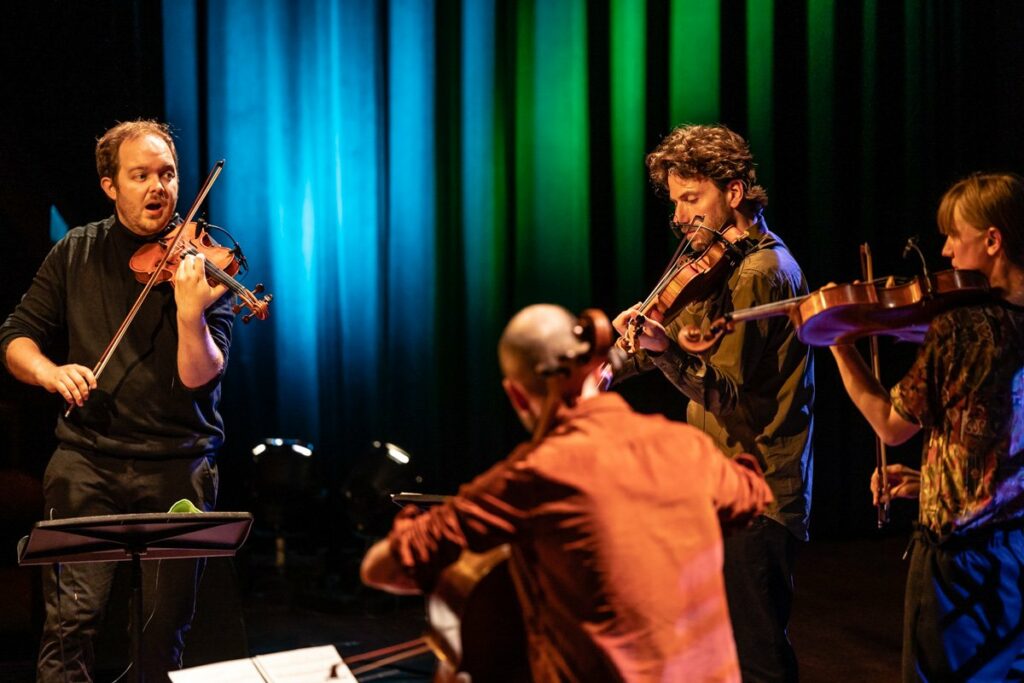 The NSSQ loves to join creative forces with other artists. They made a beautiful program of Brazilian music with singer Lílian Vieira, which has staged at Concertgebouw Amsterdam and Dutch television show Podium Witteman. Their collaboration with American singer and violist Roland Satterwhite took the group to venues in the Netherlands, Germany and Spain and resulted in the Delta Blues inspired EP “Songs for Flying” (2019). With guitarist Javier Infante, they recorded the North-African, Canarian and Sephardic influenced album “Electric Amazigh” (2021) and performed throughout the Netherlands and Spain. Since 2021, the quartet has been performing with the Malian Trio da Kali, who previously recorded their album “Ladilikan” with the Kronos Quartet.

Aside from performing, the members of the quartet attach great value to inspiring the next generation of string players. They have lead multiple workshops on improvisation for young musicians in and outside of the Netherlands and have worked several times with the Canarian youth orchestra Barrios Orquestados. In 2019, together with world renowned jazz violinist and pedagogue Tim Kliphuis, they founded the Academy of Improvising Strings, an annual workshop weekend in the Netherlands, with a first edition especially for teenagers in 2022. 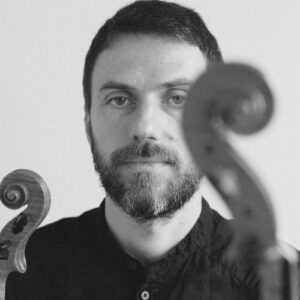 George Dumitriu is a Romanian born violist, violinist and guitarist, residing in Amsterdam. Graduate of the Bucharest National University of Music, he won more than 15 national and international prizes as a classical violinist. As a jazz guitarist he studied in Groningen (granted with the Huygens Scholarship), New York and Conservatory of Amsterdam, researching live electronics.

As a leader of DUMItRIO, he released the albums Proverbe (TryTone 2017) and Future Nostalgia (FN01 2014). The latest project of the group is the video series soFar soNear, featuring guest artists. The solo project Monk on Viola presents a new perspective on the music of Thelonious Monk.

Former guest teacher at Amsterdam Conservatory and Prins Claus Conservatory, he is currently part of the faculty of Utrecht Conservatory. He is a founding member of Romanian Jazz International. 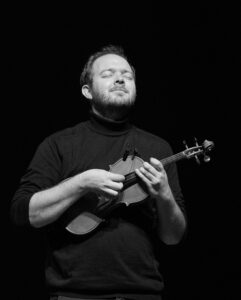 Born in La Palma, Canary Islands, Pablo Rodríguez started to play the violin at the age of 6. Six years later, when one of his sisters gave him a Stephane Grappelli recording, he was enormously fascinated and quickly started to self-develop his own jazz language on the violin. This development turned out to be very useful in other music styles such as flamenco, folk and latin. Pablo has performed at several recordings, jazz venues and concert halls such as Heineken Jazz & más, Mercat de la música viva de Vic, Amsterdam Music Festival, Ateneo de Madrid, Auditorio Tenerife, Escola Tom Jobim (Brazil), De Doelen and the Alfredo Kraus Auditorium.

​Besides his passion for jazz and improvisation, he studied classical violin in Madrid with violinist Alfredo García Serrano and in Codarts Rotterdam with András Czifra. At Codarts he also finished his master studies in Latin jazz with Christiaan van Hemert, Abel Marcel, Niti Ranjan Biswas and Anna Elis de Jong. 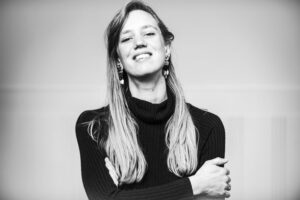 When Yanna Pelser, born in Delft, heard a recording of Händel’s ‘Arrival of the Queen of Sheba’ at the age of 5, her eyes started to sparkle. From this moment her love for music became clear and her parents decided to let her take violin lessons. In several(youth) orchestras she discovered the most beautiful orchestral music in the major concert halls of Europe while growing into an experienced orchestra and chamber musician. Drawn by the depth and warmth of the viola sound, she swapped her violin for a viola at the age of 14.

During her classical viola studies at the conservatories of Rotterdam, Tilburg and Detmold she discovered that her voice blended very well with her viola sound. From there she started developing the skill of singing and playing simultaneously. Currently she is composing new music for her debut album, on which the singing violist will be the center of attention.

Jazz-, pop- and world music are just as important to Yanna as is classical music. She is actively performing with jazz sextet Ikarai, and has collaborated with pop artists such as Duncan Laurence, Karsu, Celine Cairo and Flip Noorman. Yanna is often asked for studio work: she has recorded for David Guetta, Celine Dion, Will.I.Am and many more. 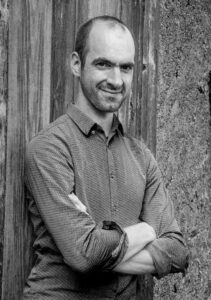 Thomas van Geelen, born in Tilburg, started playing the cello aged ten with teacher Frank Spronk. In high school he got more and more drawn to other musical genres, progressive rock in particular. He taught himself to play the guitar and started playing in bands and with singer-songwriters. After studying Journalism, he decided to take his music making to a professional level.

He studied classical cello at the conservatory of Tilburg with Monique Heidema and Jan-Ype Nota and took masterclasses from Maria Kliegel, Gerhard Mantel, Johannes Moser, Roland Pidoux and Alisa Weilerstein among others. Eventually he chose to combine his classical studies with jazz, to give way to his non- classical background. Lessons followed with Tim Kliphuis, Mark Summer, Jörg Brinkmann, Oene van Geel and Eric van der Westen. Meanwhile he also took some arranging lessons with Jasper Staps. Thomas is currently studying at the Codarts conservatory in Rotterdam with Marius Beets and Jarmo Hoogendijk, to further develop his jazz playing. In 2016, Thomas was selected to give a carte blanche concert in the Hijgend Hert Jazz Club in Breda. For this special concert he invited Oene van Geel, Aron Raams and Jeroen Pek to play his own music.

Thomas plays in jazz groups such as Crossing the Canal, as well as classical ensembles: with the Bartolotti trio he won the Toonzaal Talent Prijs in 2014. Furthermore he plays as a substitute with the Metropole Orkest and has previously been part of the Euregio Jeugdorkest, the Ricciotti ensemble, the NJO, the Dutch Student Jazz Orchestra and the Metropole Academy. As a studio musician he has recorded for David Guetta and David Garrett, among others.
Stay